According to a 2018 survey conducted by Shiseido, users of liquid foundations require formulas that offer high coverage yet look natural at the same time.

The Japanese company said that it has explored multiple avenues in order to meet this expectation, such as developing new powders and exploring the optimal powder combinations.

“We have been conducting research to achieve [high coverage with natural finish], but this time we have explored a new approach to achieve a higher level of compatibility.”​

In its latest approach to solving this conundrum, its research and development team said it looked to solid concealers for a solution.

The company explained that this type of concealers contains a component that allows it to adhere firmly onto skin to provide a high coverage.

“This adhesive component hardens at room temperature and has been used as a ‘bridge’ for solid products… In addition, this component has a higher affinity with the skin than general unevenness correction powder. It also adheres tightly to the unevenness of the skin without a whitening effect.”​

When used in solid concealer, the adhesive component is dissolved in high-temperature oil and then compounded, said the company.

Shiseido researchers tried to adapt this technique by combining this component with liquid, but the result was far from the natural-looking effect it wanted.

“Although a high-coverage effect was successfully achieved by blending this adhesive component, it was difficult to apply evenly and smoothly over the entire face due to the high adhesion and the coverage power was too high.”​

In another experiment, the firm aimed to use the same technique to develop a structure similar to stockings.

“We focused on the mesh-like structure of stockings that stretches softly, fits the skin, and makes the skin look beautiful naturally,”​ said the company.

In order to achieve this, researchers combined the same adhesive component with a ‘jelly-like’ paste, and created a formula with “intentional gaps and network structure”​

The result was a formula with a mesh structure similar to that of stockings, allowing it to create a foundation that maintained a natural finish even with high coverage.

“We succeeded in controlling the usability and the degree of adhesion by combining a jelly-like paste that has a smooth feel and an effect that is similar to that of skin,” ​said Shiseido.

Shiseido revealed that it has already applied this technique to develop a new foundation under its make-up brand Maquillage.

The Maquillage Dramatic Jelly Liquid is scheduled to be released this April in time for Spring.

Moving forward, it said it would apply this new formulation to more of its base make-up products in the future.

Made of cellulose-based polymer, Cellu TitanCapTM and Cellu ZinoCapTM are microcapsules of mineral UV filters. Their innovative formulations improve functionalities...

Emogreen™ L19 to the rescue of very dry skin

Skin comfort is one of the biggest market demands as an increasing number of consumers declare to have sensitive skin: it has become a worldwide concern.... 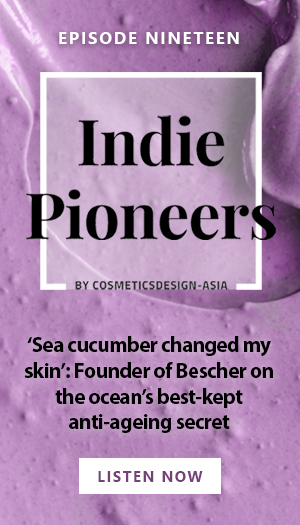