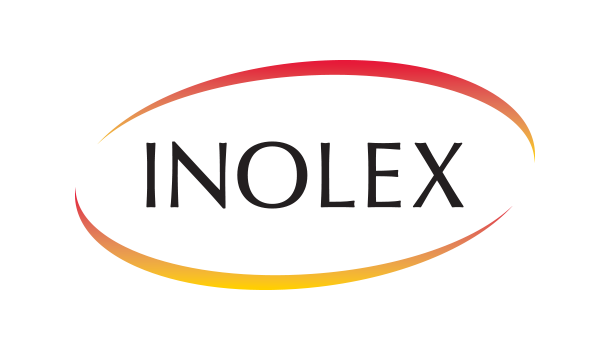 Preservatives pose a challenge for manufacturers of cosmetics. These companies must ensure their products are safe and free from harmful microorganisms, but must also contend with a consumer backlash against the preservatives traditionally used to provide such assurance. Faced with these conflicting pressures, cosmetics manufacturers are seeking out alternative preservation techniques. Hurdle Technology, an approach championed by Inolex, is one way to deliver safe products consumers want to use.

For decades, parabens were the first choice preservative for cosmetics manufacturers. These simple esters offer an easy, effective way to get antimicrobial agents into makeup, moisturizers, haircare products and other types of cosmetics. In 1995, a study found 99% of surveyed leave-on cosmetics contained the esters.1​

Throughout the rise of parabens, an ever-growing body of research showed the esters were quickly metabolized and excreted.2​ With other studies showing parabens were not mutagenic, the literature demonstrated the esters are safe preservatives.3​

Perceptions of the safety of parabens began to shift in the early 2000s with the publication of studies showing the esters have estrogenic effects.4​ As other studies had suggested estrogenic chemicals play a role in breast cancer, researchers looked deeper into whether parabens are always metabolized and excreted quickly, or, if in some cases, they may linger in the body and potentially cause harm.5​

Mounting concern about the esters went up several notches in 2004 when researchers showed intact parabens had accumulated in human breast tumors.6​ That study left many questions unanswered — notably whether the parabens entered the breast via topically-administered products — but it set in motion a chain of events that led some consumers to reject products that contain the esters.

Some consumers are wary of methylchloroisothiazolinone and methylisothiazolinone because of cases of allergic contact dermatitis. Other consumers have doubts about the safety of formaldehyde donors. Regulators and scientists think these ingredients are safe at the levels used in cosmetics, but the baggage carried by the word “formaldehyde” and its effects at higher doses can deter consumers.

More recently, online commenters have questioned the safety phenoxyethanol, a glycol ether that became a key replacement of parabens. While phenoxyethanol is widely seen as a safe ingredient, some consumers have zeroed in on risks it may pose to infants to question its use in cosmetics aimed at adults.

One common thread connecting these cases is a disconnect between the level of concern expressed by some consumers and the data-driven positions of regulators. The disconnect demonstrates that a body of scientific evidence showing that, on balance, an ingredient is safe will not necessarily stop consumer boycotts. Today, evidence of perceived safety issues spreads quickly across the internet and leads to the rejection of products containing the scrutinized ingredient.

The past decade has shown it is hard to find preservatives that have the strong broad spectrum antimicrobial effects needed to ensure the safety of cosmetics, but are also gentle enough not to concern consumers or negatively interact with other ingredients. Responding to these challenges, Inolex rethought how to get antimicrobial properties into cosmetics. The result is Hurdle Technology, a concept borrowed from food science.

Rather than use one powerful preservative, such as parabens, Inolex deploys multiple components or aspects of formulations that each inhibit microbial growth. The idea is explained by the analogy that gave rise to the name “Hurdle Technology.” While a traditional preservative serves as a single big wall to microbial growth, Inolex’s approach erects a series of smaller hurdles. Individually, none of these barriers is big enough to prevent contamination, but, just as back-to-back hurdles tire out runners, collectively the obstacles keep microorganisms in check.

Hurdle Technology thereby enables cosmetics manufacturers to ensure the safety of their products without using powerful standalone preservatives. Instead, manufacturers use milder organic acids, membrane disruptors and chelating agents to create powerful cumulative effects. The resulting formulations can be labelled as “self preserving” or “paraben free.”

Chelating agents are an important component of the hurdle alternative preservation approach. These agents bind to metal ions. In doing so, the agents sequester metals such as iron that microorganisms need to grow. Some chelating agents also disrupt cell walls. Both effects act as hurdles to microbial growth.

Medium-chain terminal diols (MCTDs), such as Inolex’s Lexgard O, Lexgard GMCY and Lexgard E, are known to disrupt cell walls by interacting with lipids. This mechanism makes MCTDs very effective at inhibiting bacteria. However, MCTDs have less effect on mold and yeast, making them unsuitable for use as single-agent preservatives.

The limitations of MCTDs led researchers to search for complementary agents. Organic acids have been studied extensively in this context. These molecules are effective against molds, making them a complementary partner for MCTDs.

However, the organic acids that are effective against microbes are weak acids. As the pH rises toward neutral, these weak acids dissociate, rendering them unable to move across cell membranes and walls to disrupt the growth of microorganisms. This causes dramatic drops in efficacy. Dehydroacetic acid, which is less affected by the problem than other organic acids, is 15.7% undissociated at pH 6. In effect, that means the acid is 84% less powerful against microorganisms at pH 6 than at lower pH levels.

The pH issue means that while in theory organic acids and MCTDs can serve as back-to-back hurdles to microbial growth, in practice the effectiveness of the potentially-attractive combination is limited in acidic environments. Inolex responded to the problem by patenting caprylhydroxamic acid (CHA), a chelating agent that has been used in cosmetics since 2008.

CHA has a similar structure to the MCTDs that have been shown to stop bacterial growth through the disruption of cell membranes. And unlike organic acids, CHA remains undissociated — and therefore active — as pH increases. CHA is 99% undissociated at pH 7 and is a powerful chelating agent for iron(III).

The upshot is that CHA and MCTDs inhibit the growth of a broad spectrum of microorganisms at neutral pH when used in combination. Seeing the potential of the combination, Inolex created a range of products — which pair CHA with the MCTDs in Lexgard O, Lexgard GMCY and Lexgard E — and tested their efficacy.

When formulated into a high-oil SPF 28 water-resistant sunscreen at pH 6.8, all of the combinations passed a preservative efficacy test. These widely-used efficacy assessments, also known as challenge tests, evaluate whether yeast, mold and gram-positive and gram-negative bacteria grow on a material. Inolex has also run successful challenge tests using emulsions and surfactant systems.

Inolex established that CHA and MCTDs can serve as the backbone of an alternative preservation technique through extensive research. Having done so, the company has created a line of products, sold under the Spectrastat brand, that formulators can easily incorporate into cosmetics to serve as the preservative.

The Spectrastat series is made up of products that combine CHA with other preservatives, such as caprylyl glycol and glycerin, or 1,2-hexanediol and butylene glycol. Inolex provides the combinations as single products, enabling manufacturers to adopt an alternative preservation approach by adding one material to their formulations. The breadth of combinations provided by Inolex means the range covers an array of use cases, such as Spectrastat G2-N when natural ingredients are needed or Spectrastat OL when a cold process is used.

Inolex created this broad range to help manufacturers adapt to consumer trends. These trends look likely to be sustainable. The factors that underpinned rising consumer scrutiny of preservatives, such as the widespread availability of information online, are here to stay. Manufacturers that recognize this new normal and invest in alternative preservation may therefore be rewarded for years to come.