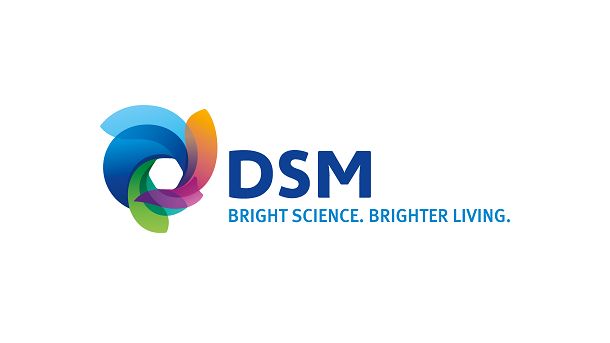 With a growing aging population around the world, there is a high and increasing consumer demand for pro-aging skin care solutions, particularly those that target the appearance of fine lines and wrinkles. When it comes to the mode of action that delivers these skin care benefits, the focus of antioxidant effects tends to be on protecting against the negative impact of free radicals.  However, a process known as glycation, which is less well-known to consumers, also plays a role in the formation of fine lines and wrinkles and antioxidants can help counter this process too.

Glycation is a basic mechanism involved in aging in humans. It is a non-enzymatic reaction that occurs spontaneously between sugars and proteins, leading to the formation of Advanced Glycation End Products (AGEs), a complex that impairs the function of these proteins and weakens their structure.

Here, AGEs build up in the extracellular matrix of both the dermis and epidermis. In the dermis, they bind with and alter components such as elastin and collagen, decreasing skin elasticity, increasing rigidity, and leading to signs of aging      such as stiffness and the appearance of lines and wrinkles. Accumulation of glycated proteins in the epidermis is also responsible for making the skin dull and yellowish, impairing the skin barrier.

Glycation and the formation and accumulation of AGEs are processes that accelerate with time due to an age-associated increase in oxidative stress. Exposure to UV light further aggravates the formation of AGEs, weakening the skin’s natural defence systems against reactive oxygen species which in turn results in signs of skin aging (Figure 1).

Figure 1:  Glycation processes and their impact on skin​

At DSM, we decided to investigate the anti-glycation potential in an established skin care active, Leontopodium alpinum​, an​ organically grown and ethically sourced alpine plant extract     .

We assessed first, in vitro​, the anti-glycation potential of our active on keratinocytes exposed to glycation stress.

The principle of the assay was to evaluate biomarkers of glycation in normal human epidermal keratinocytes activated by glycation stress (by glyceraldehyde). To this end, Nå​-(carboxymethyl) lysine (CML) protein adducts, and Glyoxalase1 activity in human epidermal keratinocytes NHEK in response to DL-glyceraldehyde (GLA, at 500uM)-induced glycation stress were evaluated in untreated (control) cultures and cultures treated with the plant extract.

The incubation time under stress conditions (GLA) was 48 hours and the experiments were repeated in triplicate.

The intracellular CML accumulation at the end of the GLA stress phase in cells treated with Edelweiss dry extract at 25 µg/ml (40% decrease, p≤0.01) and 50 µg/ml (55% decrease, p≤0.01) was significantly lower than in (+)GLA control cells. These results indicate that treating NHEK cells with the active decreases accumulation of GLA-induced CML protein adducts dose-dependently by up to 55% (Figure 2).

The Glyoxalase1 activity of cells treated with the Edelweiss extract in the presence of Glyoxal (GLA) were further and markedly increased compared to the (+)GLA control (Figure 3). The up-regulating effect was dose dependent in the range of tested concentrations. At 25 µg/ml it was +32%, (p≤0.05) and at 50 µg/ml it was +65%, (p≤0.01). Both increases are statistically significant (Student’s t-test).

Normal Human dermal fibroblasts cells were incubated by Glyoxal for 8 days, then Edelweiss was added to the culture for 7 days, after this time period, the quantification of AGE response (CML) was done by Elisa assays

ALPAFLOR EDELWEISS CB, introduced after induction by Glyoxal (200uM), is able to reverse the glycation by 47% at 0.004% dry extract, in NHDF, in vitro.​

We designed the in vivo​ as follows: double blind study with 2 groups of 33 female volunteers with Caucasian skin, aged from 40 to 60 years old with a mean age at 53-year-old, one group as placebo the second group with the active ALPAFLOR EDELWEISS CB at 3%, both in a cream product applied on the full face twice daily.

We have measured directly on the face the AGEs (Advanced Glycation End products) with a fluoreader specially developed for this study, on 21 points on the hemi-face. Based on these measurements, a facial color mapping was drawn using an interpolation between the points.

Figure 6: AGEs reduction after 28 days (mean of 33 volunteers for each group: placebo and ALPAFLOR​ EDELWEISS CB at 3%)​

During this same in vivo study, we have assessed by expert grading the wrinkles on the glabella (done by dermatologists with a scale from 0: no lines to 5: deep wrinkles).

We noticed a significant difference versus placebo with ALPAFLOR EDELWEISS CB at 3% (p<0.05) with minus 11% on the grading assessment after 4 weeks, and 3 times more reduction with the active compared to placebo

Figure 7: Change of the expert grading on a 5 points scale after 4 weeks with ALPAFLOR​ EDELWEISS CB at 3% vs placebo, based on 33 volunteers per group.​

As example, volunteer n°24, 56 years old, showed a nice improvement from a grade 3.0 to a grade 2.0 within 4 weeks on the glabella lines and also on the skin microrelief

Figure 8: Image analysis of glabella lines of volunteer n°24, baseline on the left, after 4 weeks on the right​

In conclusion, our organically grown and ethically sourced alpine plant extract, ALPAFLOR EDELWEISS CB, has shown very strong antioxidant properties that protect the skin barrier and soothe sensitivity. Now we have stretched the boundaries with new scientific evidence on glycation, which is known to play a key role in skin aging; causing dull skin, inflammation, sagging and fine lines.

ALPAFLOR EDELWEISS CB is able not only to protect and but also to repair the glycation process in vitro​, and has significantly reduced the AGEs, the glycated proteins and lipids (Advanced Glycation End products) in all facial areas after 4 weeks in vivo​, with an innovative new visualization using color facial mapping.

And we have clearly demonstrated that this reduction of the accumulation of AGEs, leads to slow down the premature aging of skin, with drop of glycation-related signs of aging (especially fine lines and wrinkles).

Leontopodium alpinum extract ​[commercial name ALPAFLOR EDELWEISS CB] is produced from a unique Edelweiss variety, Leontopodium alpinum ‘Helvetia’. It is extracted from particularly robust plants cultivated at altitudes of up to 3000 metres and that develop an exceptionally high active content of leontopodic acid and flavonoids due to the high levels of UV radiation, strong winds and temperature extremes they are exposed to.

Glycation-induced, Advanced Glycation End Products (AGEs) make a significant contribution to signs of skin ​aging​     . DSM has conducted new studies to explore the anti-glycation potential in a bioactive with proven antioxidant properties, ALPAFLOR​ EDELWEISS CB is an extract of organically grown and ethically sourced Edelweiss, Leontopodium alpinum ​‘Helvetia’, plants. The in vitro assays demonstrate that this extract is able to protect the skin against glycation (down-regulation of the accumulation of AGEs by up to 55% in NHEK)), to avoid the formation of AGEs by activating the detoxifying enzyme named Glyoxalase-1 (Glo-1) and to reverse the glycation by 47% in NHDF. Ultimately our in vivo study showed the ability of our active to significantly reduce the AGEs on all facial areas of the face versus placebo with an innovative visualization of color facial mapping, and to reduce the glycation-related signs of aging, especially fine lines and wrinkles.​