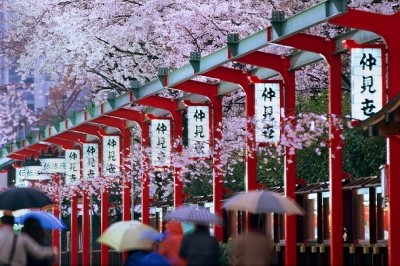 The Japan Tourism Agency (JTA) is planning to add cosmetics and food to duty-free items permissible to foreign travelers, according to a report by The Japan Times newspaper.

Avon continues to battle through difficult times, with its most recent results significantly impacted by falling sales in the China market, as the company restructures its business model there.

Avon third quarter US dollar sales were virtually flat, while a renewed SEC probe into bribes in China meant the company’s stock value has plummeted to a year low.

Sales down for Colgate-Palmolive on weaker dollar

Colgate-Palmolive has reported a slight drop in third quarter sales dragged down by the weakening dollar, although net income remains strong.

Avon Products reported above market average sales growth for the third quarter, a result that was driven by strong growth in new markets that helped to offset falling North American sales.

All four of L’Oreal divisions have recorded strong growth in the first nine months of financial year 2010, reaffirming the strength of the company’s recovery.

Price-cuts bring consumers back to the P&G fold

Procter & Gamble has delivered net sales growth of 6 percent for its second quarter, with strong unit volume sales growth indicating its brands are back on track.

Prestige market picks up after tough start to the year

The US market for prestige beauty products is perking up after a sluggish start to the year according to a global market report from the NPD Group.

Tupperware Brands has posted an 18 percent increase in sales for the fourth quarter on the back of high emerging market growth.

Despite reporting net profits down 30 percent for the fourth
quarter the result was still better than expected - further boosted
by stronger sales predictions for 2008.

Personal care and oral care player Colgate-Palmolive has announced
a further increase in quarterly profits on the back of cost cuts
and sales increases in key categories, including toothpaste and
shower gel.

Propelled by emerging market growth Tupperware has ended the year
on a high posting a 19 percent increase in sales for the fourth
quarter.

The world's largest cosmetics company has once again revealed
industry-leading growth, with like-for-like sales up an impressive
6.6 percent.

First quarter sales made significant progress at Elizabeth Arden,
which the company said was largely attributable to the successful
international launch of its new Mariah Carey fragrance.

Avon's third quarter results show a significant increase in
profits supported by successful third quarter sales,
illustrating how the company is reaping the
benefits of its restructuring initiatives.

Proctor and Gamble reported on target sales growth for the first
quarter but beauty lagged behind other divisions after a health
scare hit the sales of a key skin care product in Asia.

Colgate-Palmolive posted a significant rise in its third quarter
profits, lifted by strong sales in emerging markets and
cost-cutting measures that contributed to increased operating
income.

Strong third quarter sales figures at Tupperware Brands indicate
that direct selling cosmetics firms should concentrate on emerging
markets as the retail channel has lost popularity in some
established markets.

Profits and sales surge for IFF

Avon sales up but profit hit by restructuring

Avon has reported a healthy 12 percent leap in its second quarter
sales turnover, but the good news was overshadowed by a 25
percent drop in profits as restructuring charges related to its
turnaround plan hit hard.

Science of scents: How Singapore’s Scent Journer is tapping tech and data to stand out in niche fragrance market