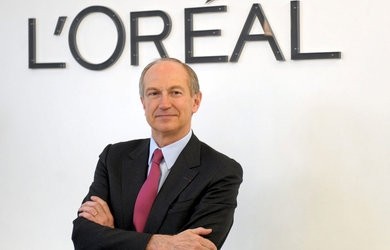 For some, having a strong year in such a difficult climate may be an excuse to take it easy, but not for beauty behemoth L’Oréal as CEO Jean-Paul Agon announced the company are open to acquisitions to further strengthen this year.

L’Oreal has announced the appointment of Jacques Challes to the position of Chief Innovation Officer of its Innovation Department.

Direct sales cosmetic and skin care player Nu Skin has announced a big rise in its quarterly revenues on the back of record revenues in Latin America and Asia.

Direct cosmetics sales player Oriflame has reported a strong increase in sales that falls in line with a significant increase in its workforce.

Oriflame says that its fourth quarter results were ‘slightly weaker’ than expected, hit by a falling demand in both the EMEA and CIS markets.

Switzerland-based specialty chemicals players Clariant has announced a big jump in 2Q sales, boosted by the strength of the US dollar against European currencies and weaker 2009 comparisons.

L’Oreal has proved it is well and truly on the road to recovery after posting double digit second quarter growth on the back of a particularly strong performance in developing markets.

Oriflame sales up but costs and currency exchange hits profits

Direct sales player Oriflame has announced a big increase in local sales for its second quarter, but the negative impact of currency exchange hits profits.

Sweden-based direct sales giant Orilflame says it has managed to
boost its profits thanks to double digit sales growth during the
first quarter.

Henkel has reported a positive sales increase for its cosmetics and
toiletries sector although sales in North America have suffered
across all divisions.

New Jersey-based International Flavors and Fragrances has reported
a strong increase in its third quarter sales driven by its flavors
division, but profits are hit by administration charges.

Having announced strong growth in sales and profits L'Oreal
CEO Jean-Paul Agon says that the company has never before been so
engaged in the process of considering new acquisitions.

Estee Lauder has reported a strong first quarter, with profits
rising 23 per cent to $95 million. And like the rash of other
cosmetics companies posting good results in the last week, it is
the international markets outside of the...